This past summer I received a call from a woman in panic…literally.  She was in the midst of a panic attack and called me for help.  Susan was out west enjoying a great conference with like minded people.  She was outside with her group when they all noticed a large herd of Elk crossing through a field making their way toward a road.  Susan grabbed her camera and set it up on a tripod to capture the  moment.  For most of us, watching a herd of Elk move across a field is not a daily occurrence.  As she looked through the camera lens she discovered a cow (female elk) that was separated from the herd.  She looked right into the eyes of this cow and realized she had large cataracts on her eyes and was probably nearly blind.  She could sense and feel the panic of this cow.  And within moments she found herself in the midst of a full blown panic attack.

Some of the herd waited for this less than able cow and she eventually was able to get back to the others in the herd.

But for Susan, the panic was still there.  She still felt it and did not know how to release her panic.  That’s when she called me.  As she explained to me what had transpired I immediately understood what happened to her.  I talked her through a simple exercise to ground her energy and at last the feelings of panic and overwhelming fear subsided. She was able to disconnect her energy from the cow and the energy of panic left.

In her book, Finding Your Way in a Wild New World, Martha Beck recounts a similar experience she had in the wilds of Africa.  She witnessed the death of a young gazelle and as she explains it, she continued to feel the emotions of the gazelles that occurred in the last moments of the young ones life for a couple of days.  Too bad she didn’t have my phone number ;-)…although I suspect Martha knows a few techniques herself.

Our energy flows where our attention goes.  Literally.

When you place your attention on something or someone, as Susan did when she looked through the camera lens to the cow, or as Martha Beck did when she looked upon the scene of the young gazelle, your energy goes there too.  When you are a highly sensitive empath, you then connect with that energy and feel it.  For Susan, this meant that she felt the panic of the cow.  And she took it on.  That’s what we highly sensitive empaths do.  It’s not something we do consciously and that’s what gets us in trouble.

I discovered this for myself many years ago when I was learning cranio-sacral therapy for horses.  Our instructor, a woman very sensitive to energy, asked that as she worked on a horse (we were observing) that we not “join” her energetically.  She did not want others’ energy interfering with the work she was doing.  Of course as soon as she started working on the horse, my energy…and the other students’ energy joined her.  It happened just because we were observing.  She let us know that she felt our energy but she didn’t tell us how not to send our energy.  In that moment I realized that my energy followed my attention and that’s when I figured out how to withdraw my energy and still observe what she was doing.

As you learn to become more aware of what you are doing with your energy body you can employ techniques to protect yourself from other energies and to keep your energy from dispersing.  The result is a much more stable emotional life and often a healthier physical life.   Let’s face it, we have enough of our own stuff to deal with…we don’t need to take on the troubles of the world.  But we often do.

Of course there is an upside to this sensitivity.  This ability to feel energy so intensely is also what gives us the ability to communicate with animals and with those that have crossed over into spirit.  We can receive information on an intuitive level more deeply than others.  It’s the gift of the highly sensitive empath.  All you need is some instruction on how to harness this ability so that you can take advantage of the gifts and manage the sensitivities.

A great way to get some instruction is through the Phoenix Rising class being held December, 1, 2012 near Madison.  The details aren’t on the website yet (my web designer is in Hawaii on a well deserved vacation) but they will be there in about another week.  In the meantime, if you are interested in the class or want to work with me one-on-one, just send me an email at wendy@wendywolfe.com.

I would be remiss to not point out  the most beautiful part of this story.  As the rest of the herd realized the panic of the cow that was feeling stranded they slowed and a few stayed behind so that she could catch up and feel secure again.  I never cease to be amazed by the love and kindness of  animals.  There is so much we can learn from them, we just need to listen and observe. 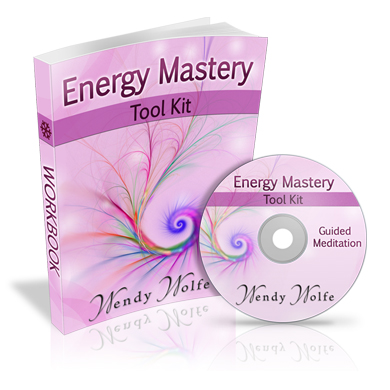